mRNA ETF: Consider the Health of Your Portfolio

For many years RNA was believed to have only three major roles in the cell:

In recent years, however, we have begun to realize the roles adopted by RNA are much broader and much more interesting. We now know RNA can also act as enzymes, called ribozymes, to speed chemical reactions. In a number of clinically important viruses, RNA (rather than DNA) carries the viral genetic information. RNA also plays an important role in regulating cellular processes – from cell division, differentiation and growth, to cell aging and death. Defects in certain RNAs, or the regulation of RNAs, have been implicated in a number of important human diseases, including heart disease, some cancers, stroke and many others.

Traditional vaccines against viruses, such as influenza, inject inactivated virus proteins called antigens. The antigens stimulate the body’s immune system to recognize the specific virus and produce antibodies in response, with the hope these antibodies will fight against future virus infection.

RNA-based vaccines do NOT introduce an antigen, but instead inject a short sequence of synthetic messenger RNA (mRNA) that is enclosed in a specially engineered lipid nanoparticle. This mRNA provides cells with instructions to produce the virus antigen themselves. Once the mRNA from a vaccine is in our body, for example, it “instructs” the protein synthesis machinery in our cells, which normally generates proteins from the mRNAs that derive from our genes, to produce a piece of the protein.

An RNA-based vaccine therefore acts as a code to instruct the body to make many copies of the virus protein – and the resulting antibodies – itself, resulting in an immune response. Unlike more traditional vaccines, RNA-based vaccines are also beneficial in that they eliminate the need to work with the actual virus.

While mRNA technology has recently garnered warranted attention for its use in COVID-19 vaccines, the areas of future application range from individualized cancer therapies, to highly effective vaccinations against Malaria, Flu, Hepatitis, HIV and Lyme Disease, to mRNA therapeutics against fatal hereditary diseases such as Cystic Fibrosis. 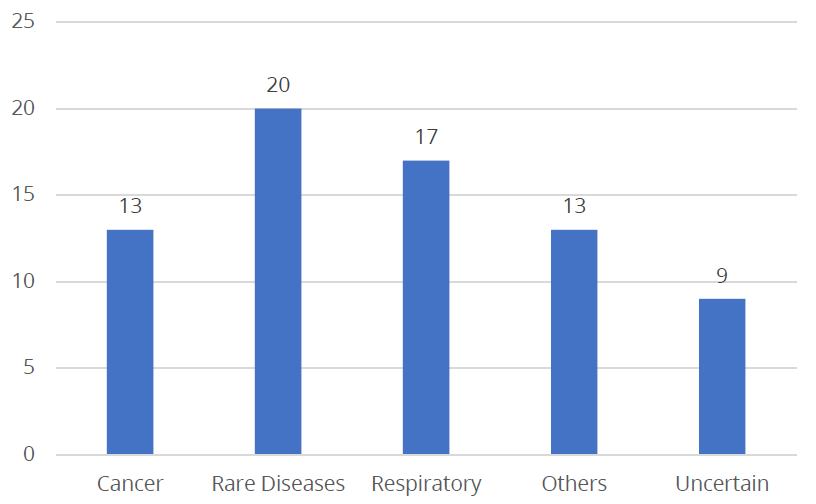 RNA Technology Index Initial Universe Criteria — Companies must satisfy at least one of the below conditions:

RNA Technology Index Final Universe Criteria — Companies must then satisfy a minimum thematic exposure of 50% based on revenue exposure: For this index, in order to calculate the thematic exposure score, the following criteria is applied (if a company satisfies more than one criteria, the largest exposure score applies):

The Direxion mRNA ETF (MSGR) may be considered a satellite holding with exposure to companies believed to be at the forefront of the development and application of messenger RNA technology. 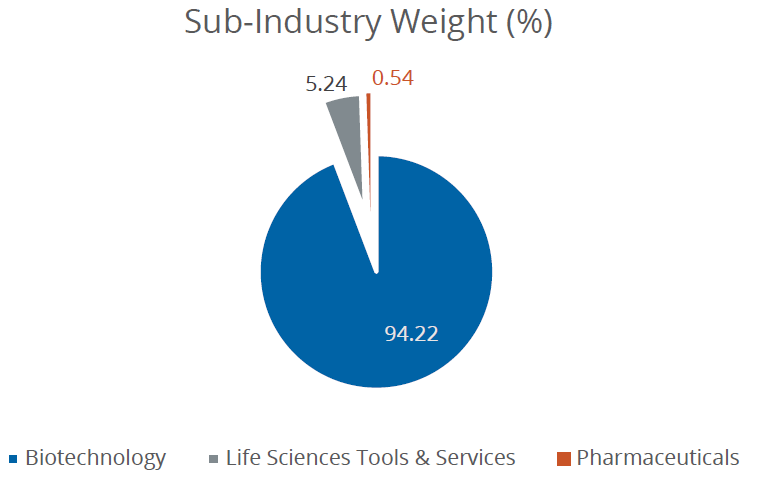 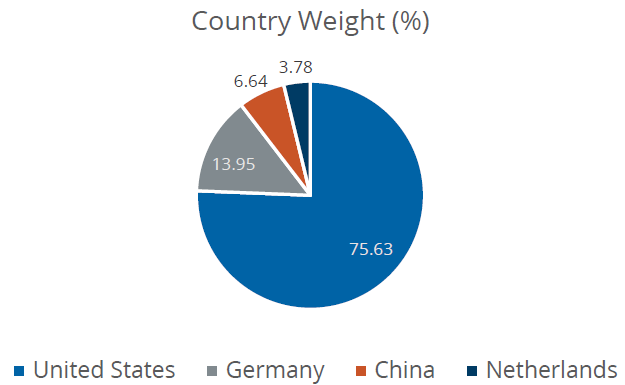 MSGR Risks – Investing involves risk including possible loss of principal. There is no guarantee the investment strategy will be successful. mRNA technology is a novel technology and the development of products or therapies based on mRNA technology has substantial clinical development and regulatory risks. mRNA technologies may also provide ineffective or may produce adverse effects. Negative perception of the efficacy, safety, or tolerability of such mRNA-based products or therapies could adversely affect a company and the general acceptance of mRNA technologies. Certain mRNA-based vaccines only have received Emergency Use Authorization from the U.S. Food and Drug Administration and other provisional, interim or conditional authorizations from regulatory authorities outside the United States, and there is no guarantee that such vaccines will receive full approval in the future.

Additional risks of the Fund include, but are not limited to, Non-Diversification Risk, Index Correlation/Tracking Risk, Index Strategy Risk, Biotechnology Industry Risk, Healthcare Sector Risk, Natural Disaster/Epidemic and Market Disruption Risk, Foreign Securities Risk and risks associated with the market capitalizations and sectors of the securities in which the Fund may invest. Please see the summary and full prospectuses for a more complete description of these and other risks of the Fund.