Traders: Brace for Inflation? Or Fade the Fear?

It may seem like an understatement to say that we are living in strange and unpredictable times, and nowhere is that assessment cannier than in the realm of economics. On a local, national and global scale, the physics that have historically dictated how people, businesses and money behave have been thrown into a state of flux as a result of the pandemic. It’s as though over the past year the whole world was suddenly working under Venusian economic conditions.

In the U.S., the new physics of high consumer demand, high unemployment and high government spending have resulted in, among other things, a growing expectation that inflation will become a renewed concern after years of low to no expansionary pressure on the U.S. dollar. Through the first three months of 2021, treasury yields have climbed sharply to their highest point in more than a year as, inversely, the price of treasury notes has plummeted.

Treasurys: Rise and Fall of Rates and Prices

Bloomberg. Data represents past performance and does not guarantee future results. The investment return and principal value of an investment will fluctuate. An investor’s shares, when redeemed, may be worth more or less than their original cost. Current performance may be lower or higher than the performance quoted. For standardized and month-end click here.

While this trend certainly indicates a heightened expectation for domestic economic expansion, let’s take a look at why inflation expectations are so high when, just a year ago, many were predicting another massive economic depression. We’ll also take a look at some of the factors that may work against the emerging inflation narrative.

One of the clearest signals in favor of the inflation narrative is the fact that the U.S. economy is on pace to post its highest growth rate in years, if not decades. This is so far supported by robust consumer spending and persistently strong revenue and equity performance in the private sector following the sharp dip both experienced in the first half of 2020.

These trends are backed up, both figuratively and literally, by the U.S. Federal Reserve, which recently predicted economic growth of around 6.5% through 2021 while also signaling its strong intention to maintain a near-zero interest rate policy in order to facilitate as much growth as possible.

Of course, this growth hasn’t occurred in a vacuum, and much of the current stability that domestic businesses and consumers are enjoying is the result of government spending in the form of stimulus packages and direct payments. And while the effects of this manner of spending on inflation is unclear, the spending has seemingly helped stabilize the economy through the worst of the pandemic and opened up the potential for demand-driven inflation.

Add to all of this the Biden administration’s recently unveiled $2 trillion infrastructure proposal and it is not hard to see how domestic economic activity could see continued momentum to the point of weakening the dollar.

On the other side of the inflation equation is the cost of commodities and basic goods and services, all of which have staged a fairly pronounced climb in the initial months of 2021.

Everything from oil to lumber to base metals are seeing a price increase as the global economy gradually emerges from its year-long lethargy. This cost increase is further compounded by mounting bottlenecks in the global supply chain, not the least of which include the day-long blockage of the Suez Canal as well as long wait times at America’s busiest West Coast ports. 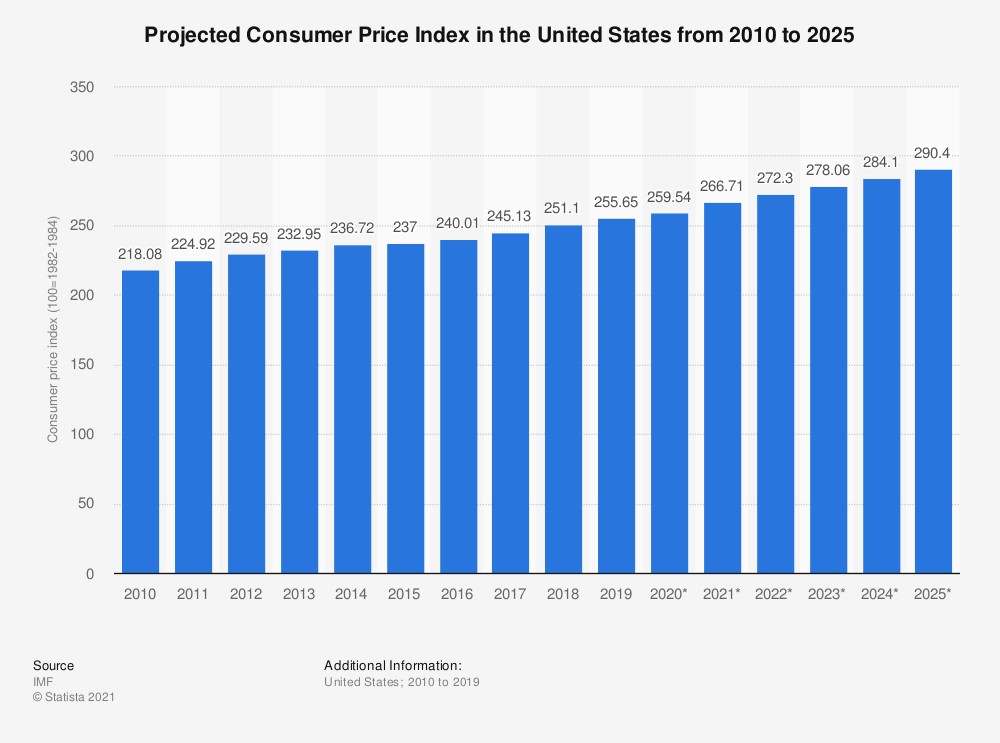 This price increase is already being felt fairly dramatically in the U.S. housing market, which was already experiencing record-low inventory and skyrocketing prices, a state of affairs exacerbated by the rising cost of basic materials. Manufacturers have also voiced concern over the rapid uptick in supply costs, and it’s not unlikely that prices will remain high as more countries pursue an economic exit strategy from the pandemic and tighten supply lines even more.

Will the Economy Boil Over?

However, while these factors represent a compelling argument for the reemergence of inflation, they are also all symptoms of a temporary phenomenon.

For starters, many Americans have been spending more on goods through the pandemic as a result of unexpectedly robust business activity combined with direct stimulus benefits. This has, in turn, increased the demand for imported goods, particularly from China.

At the same time, record-low interest rates also prompted record low mortgage rates, increasing the value of home buying. And while material costs are rising, in some areas more than others, it’s likely that these supply shortages and bottlenecks will gradually resolve as the pandemic is pushed into submission through the year.

Ultimately, most of the factors posing as inflationary triggers exist on the supply side. The key to whether they persist and ultimately introduce a sustained inflationary trend is if Americans continue to spend money, which they may well do.

Traders hoping to capitalize on any potential inflationary trends should keep an eye on the pocketbooks of the average American, particularly their income following the pandemic. Historically, the single best gauge on whether the economy is set to go into overdrive is rising wages, a trend that has become for most middle-class Americans over the past decade or more.

About as rare as the threat of inflation has been.

Through the first quarter of 2021, there’s only one thing that’s certain. Whether you’re a bull or a bear, Direxion is with you. Our leveraged ETFs are powerful tools built to help you: