The applications for hydrogen are widespread - from factories to vehicles to energy storage. However, it remains an underdog in the world of clean energy…until recently.

The Inflation Reduction Act (IRA) is a landmark piece of legislation that will have impacts for years to come. The IRA disrupts everything from prescription drugs to stock buybacks. Included is $369 billion committed to clean energy and reducing climate change. While multiple clean energy sources are included, clean hydrogen is the one garnering headlines. Clean hydrogen is the term used for hydrogen produced from electrolysis using renewable energy sources, such as solar, water, or wind.

The IRA includes clean energy tax credits, electric vehicles funding, and nuclear credits, but importantly are the clean hydrogen tax credits, which will help incentivize private sector investment. The first of their kind credits will provide up to $3 per kilogram of clean hydrogen produced, firmly positioning the United States as the world leader in clean hydrogen funding support. The recognition of hydrogen as an important alternative energy by the U.S. Government marks an important step forward, and other nations around the world may follow suit. In fact, these hydrogen subsidies, which are the largest in the world, may serve as the inflection point in the technology’s development according to Rachel Fakhry, Senior Advocate, Climate & Clean Energy Program at the Natural Resource Defense Council. Today, only 0.3% of all hydrogen can be considered clean.

The Majority of Hydrogen Produced Today is Not Clean 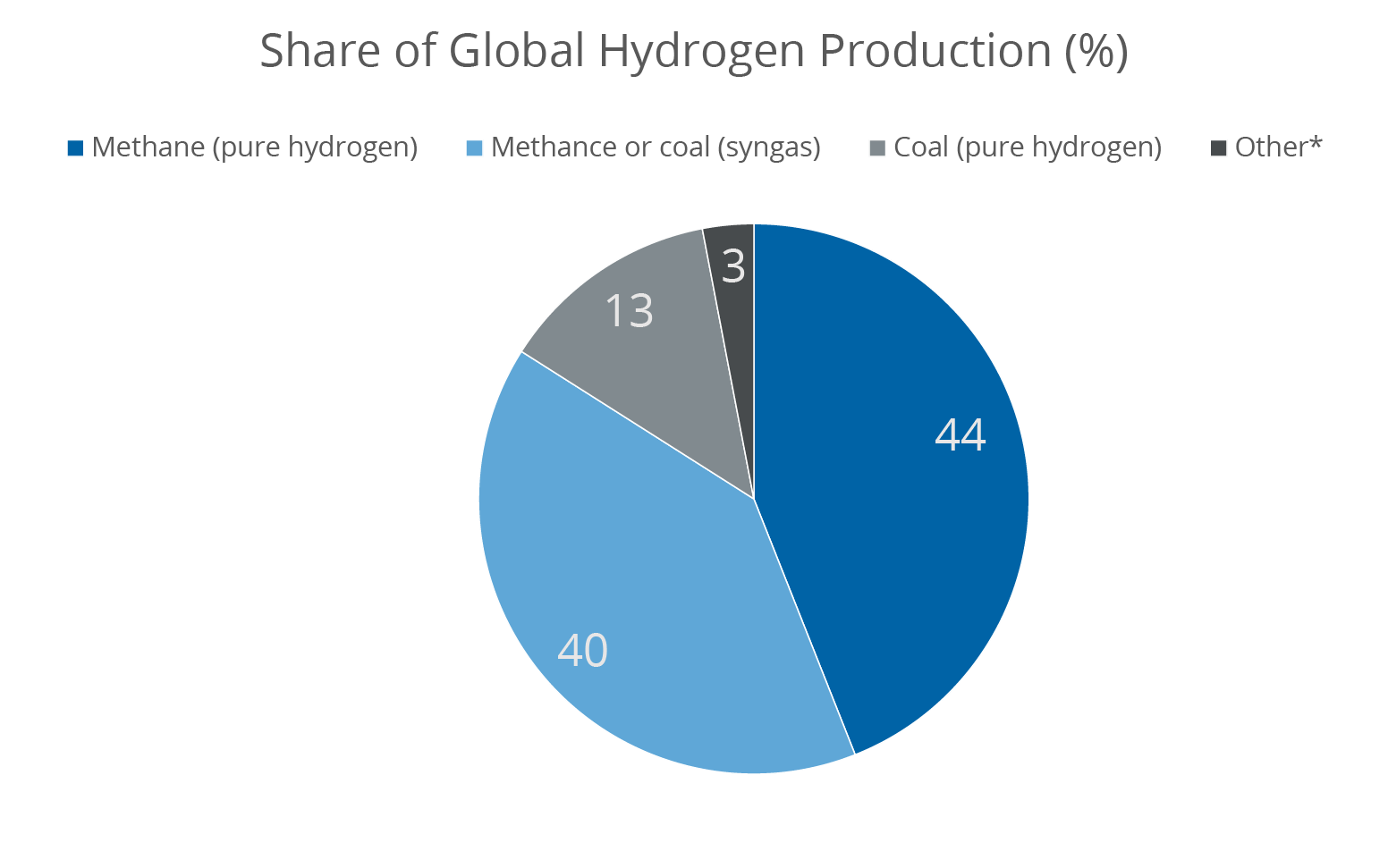 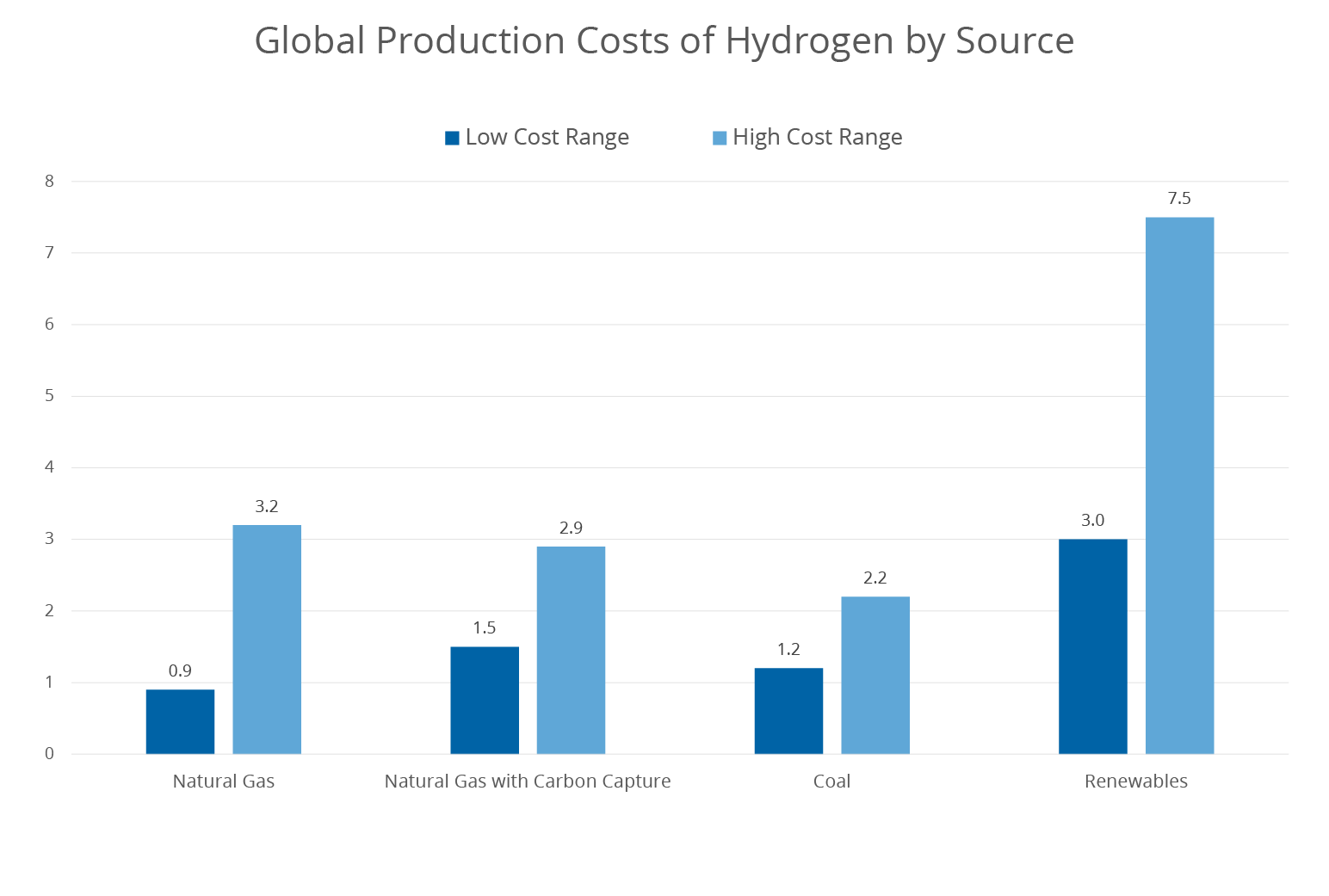 Based on investment dollars, the largest area of opportunity for hydrogen is the transportation sector. Approximately, 80% of hydrogen-affiliated technologies is directed toward vehicles and supply stations. Passenger fuel cell vehicles received $592 million in funding, followed by fuel cell buses at $400 million. 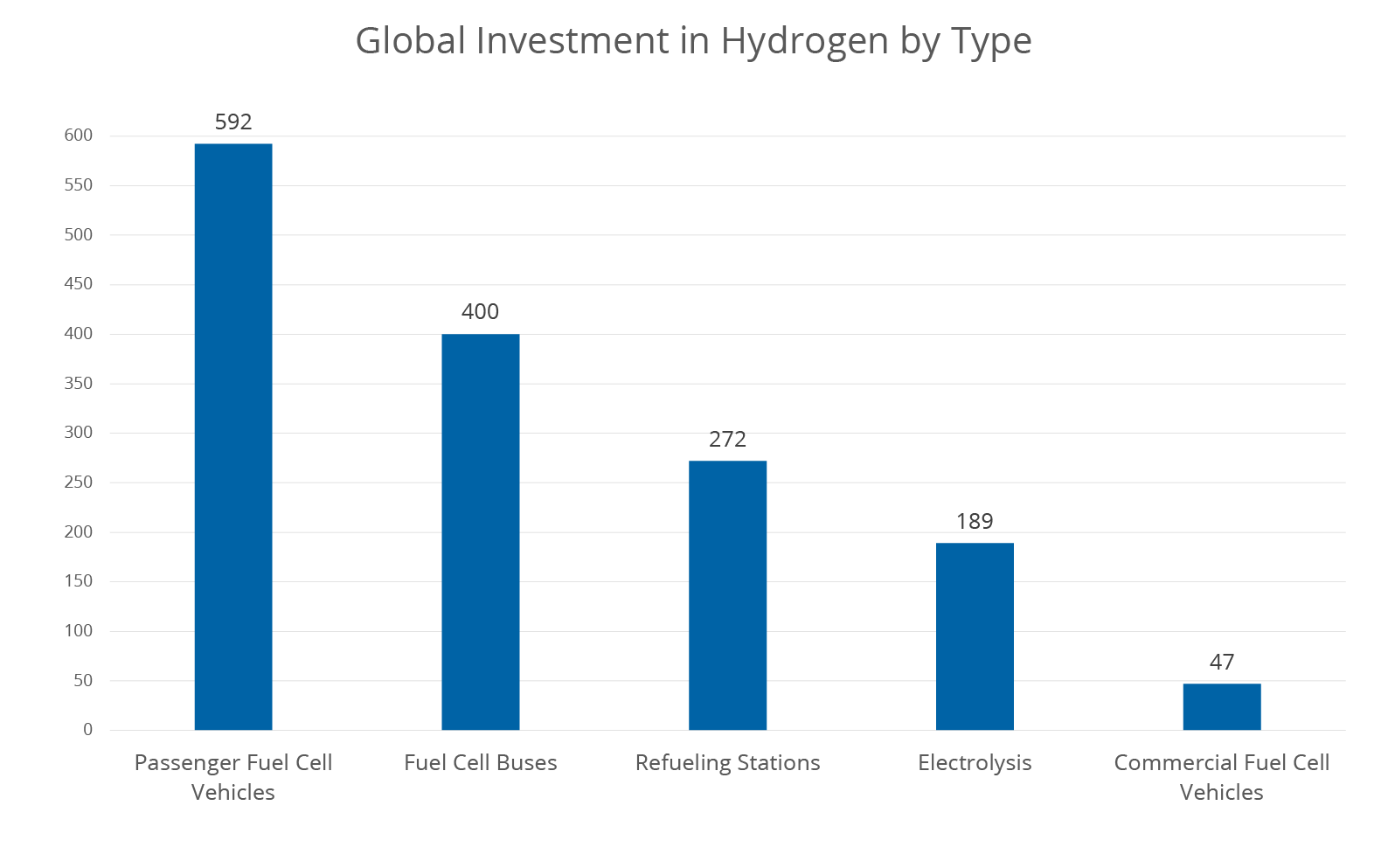 The IRA may serve as the catalyst hydrogen companies needed to see their share prices boosted. After the official IRA announcement, hydrogen companies surged, including many that are included in the Direxion Hydrogen ETF (NYSE: HJEN) such as Bloom Energy (8.25%), Linde PLC. (7.68%) and Plug Power (7.18%). There are still some significant headwinds to overcome, but the IRA has set the stage for a new era of hydrogen use and will incentivize more widespread adoption. Investors looking to take advantage of the hydrogen opportunity can look to the Direxion Hydrogen ETF (NYSE: HJEN), which offers exposure to 30 companies leading the way towards net-zero emissions by providing more accessible, efficient, sustainable energy solutions, by tracking the Indxx Hydrogen Economy Index.*

* The Indxx Hydrogen Economy Index tracks the performance of 30 global companies that provide goods and/or services for the hydrogen industry, including hydrogen generation and storage, transportation and supply of hydrogen, fuel cells, and hydrogen fueling stations.

Indxx is not a sponsor of, or in any way affiliated with, the Direxion Hydrogen ETF.

Direxion Shares ETF Risks – Investing involves risk including possible loss of principal. There is no guarantee the investment strategy will be successful. Hydrogen companies may be significantly impacted by obsolescence of existing technology, short product cycles, falling prices and profits, competition from new market entrants and general economic conditions. In addition, intense competition and legislation resulting in more strict government regulations and enforcement policies and specific expenditures for cleanup efforts can affect the industry. Because this is an emerging industry, companies are generally smaller and the share price of hydrogen companies may be more volatile than companies operating in other, more established industries.

Additional risks of the Fund include, but are not limited to, Index Correlation Risk, Index Strategy Risk, and risks associated with the market capitalizations and sectors of the securities in which the Fund may invest. Please see the summary and full prospectuses for a more complete description of these and other risks of the Fund.